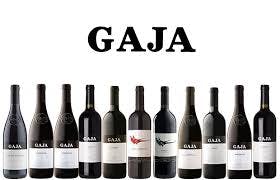 Angelo Gaja is known for producing elegant, opulent wines that are true to their origins. The Wine Spectator has called Gaja's wines "perhaps the finest Italian wines ever made".

Gaja celebrated its 150th anniversary in 2009 – it was founded with only two hectares (five acres) by Giovanni Gaja, whose ancestors originally came from Spain in the 17th Century – and is now run by Gaia Gaja, the fifth generation of the family to make wine in Barbaresco. Angelo Gaja – of whom more in a moment – is often credited with initiating the winery's modern success, but there were other important predecessors. Angelo points to the crucial influence of his grandmother, Clotilde Rey, after whom the winery's Chardonnay, Gaia & Rey, is named, "the person who pushed my father and grandfather in the direction of quality".

Angelo's father, another Giovanni, continued the good work. It was he who began to acquire some of the best vineyards in Barbaresco in the 1960s, including the three "crus" for which the winery is best known: Sorì San Lorenzo, Sorì Tildìn and Costa Russi. He was also the first person to put the name Gaja, or rather GAJA, in large red type on his labels in 1937, demonstrating a flair for marketing that he passed on to his son and granddaughter. "We don't sell Barbaresco, Barolo, Bolgheri or Brunello," says Angelo, "we sell Gaja."

Wine Advocate 95 Pts "The Ca' Marcanda estate does not make a Bolgheri Superiore, although this bott…

The 2016 Promis opens with floral aromas of wild rose and violet, then it turns into a more earthy b…

The playful name of this wine was inspired by the Tyrrhenian sea breeze, sun, and cheerful, lighthea…

Extremely perfumed and pretty with dried berry, orange peel and fruit tea on the nose. Full-bodied…

What an impressive inaugural release from the Piedmont icon, Gaja and Etna superstar, Alberto Graci…